Playtech launches Live Deal or No Deal - The Big Draw 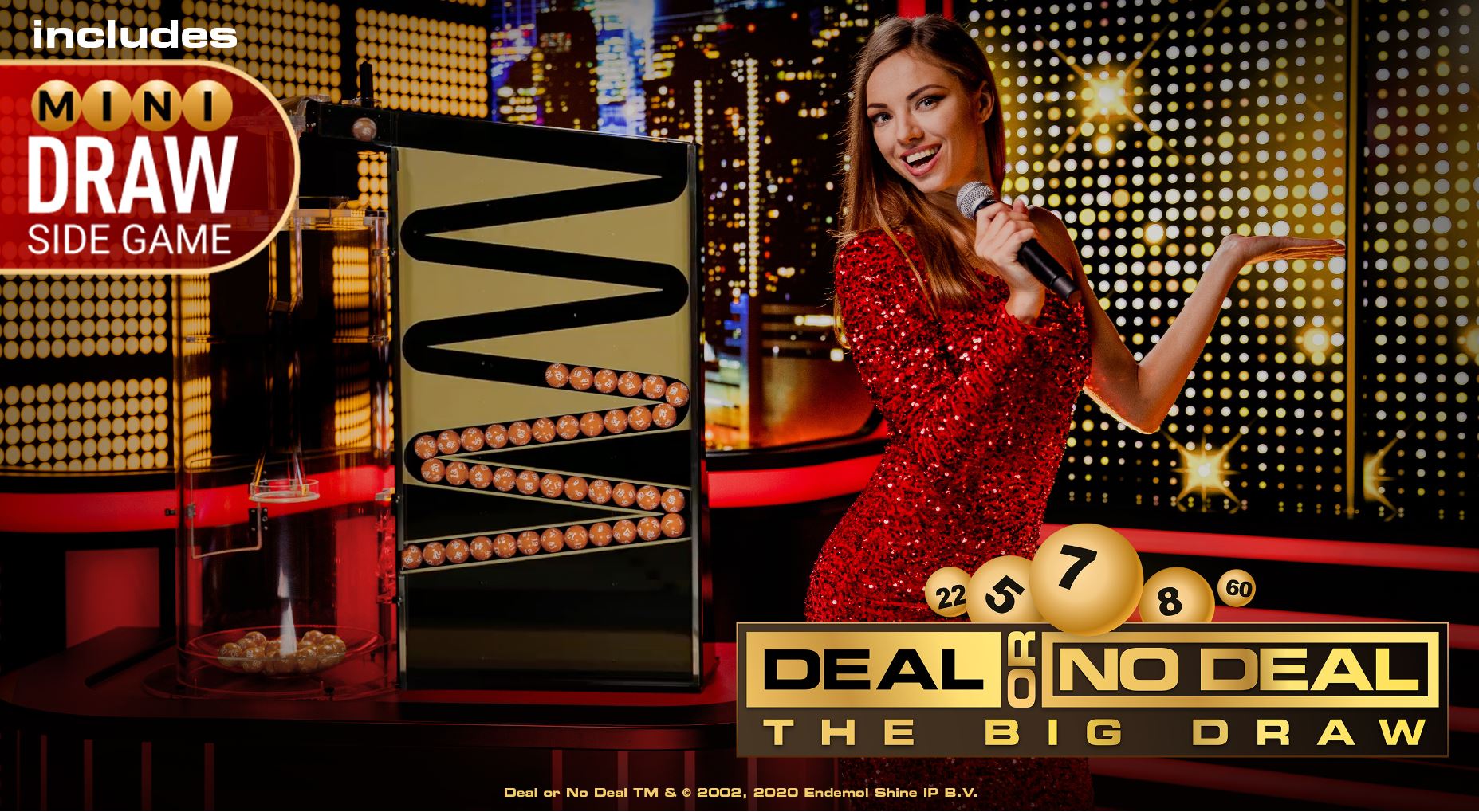 London, 25 September 2020 – Playtech, the world’s leading gambling technology company, has announced the launch of Live Deal or No Deal – The Big Draw, a brand new Live game based on the iconic TV gameshow.

Launching as a limited exclusive with a market-leading operator, Live Deal or No Deal – The Big Draw, is a bouncing ball game that recreates all the excitement of one of the most successful gameshow formats of the 21st Century. Playtech already has a long association with the ever-popular brand with its dedicated Bingo room.

As per the TV show format, Live Deal or No Deal – The Big Draw is based around 16 numbered prize suitcases. 15 numbers appear on the player’s ticket, with the sixteenth suitcase being the player’s prize. As balls are drawn, the numbers, and the prizes, are removed from the ticket, with the banker’s bar being filled at the same time. Once there are seven numbers on the bar, the banker will make the player his first offer.

If the player accepts the deal, the game ends there. Alternatively, they can buy five extra balls to continue the game in search of a higher offer. If the player has not accepted a deal and no more balls are available, their suitcase will be opened to reveal their prize. Additionally, players can choose to boost one of five prizes before the round begins, as well as entering the mini draw side game, with prizes based on the first 20 balls drawn.

To guide the players through the game, for the first time, a tutorial has also been built that provides a video overview of Live Deal or No Deal – The Big Draw. The tutorial also features subtitles from a variety of languages to support the global fanbase for this game.

Edo Haitin, Managing Director at Playtech Live Casino, comments: “We’re delighted to be bringing the excitement of one of TV’s most enduring formats to Live. With the addition of the mini draw side game, allowing players to buy multiple tickets with up 6 points of decision making during the game, whether it be to buy more balls or take the bankers offer, Live Deal or No Deal – The Big Draw brings the player a new level of engagement and strategical involvement. For many players, Live play is as much about the experience as it is about gambling, and we’ve seen a growing trend towards gameshow-style formats – which is why we’re so confident Live Deal or No Deal will definitely be a big draw.”

Lex Scott, Head of Business Development for Banijay Brands adds: “We’re thrilled to be extending our partnership with Playtech through the launch of Live Deal or No Deal – The Big Draw. The in-studio presentation is fantastic and, with the combination of a proven format and innovative elements such as the mini draw, we believe it offers something genuinely unique and entertaining for Live players which aligns with the brand.”

Playtech partners with and invests in the leading brands in regulated and newly regulated markets to deliver its data-driven gambling technology across the retail and online value chain. Playtech provides its technology on a B2B basis to the industry’s leading retail and online operators, land-based casino groups and government sponsored entities such as lotteries. As of June 2018, through the acquisition of Snaitech, Playtech directly owns and operates the leading sports betting and gaming brand in online and retail in Italy, Snai. Snaitech operates a B2B2C model as a service provider, allowing franchisees to utilise the Playtech technology stack in the retail environment while operating the leading brand, Snai, directly online as a B2C business.

Playtech's Financials Division, named TradeTech Group, is a technology leader in the CFD and financial trading industry and operates both on a B2B and B2C basis.

Playtech has in total c.5,900 employees across 19 countries and is headquartered in the Isle of Man.