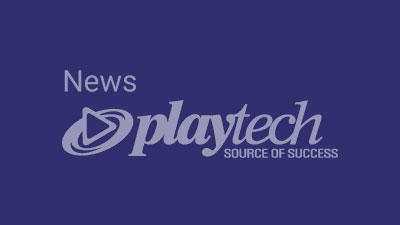 Playtech, the world’s leading Omni-channel gaming software, systems and services supplier, has launched yet another mind-blowing £250,000 casino promotion that will run across its entire network for 21 days over the Christmas period.

At the beginning of this year, Playtech announced its partnership with Warner Bros. Consumer Products for DC branded content, including 1960’s Batman Classic TV Series, Superman I (1978), Superman II (1980), Green Lantern (2011) and Man of Steel (2013). The promotion will showcase some of the spectacular Super Hero slot games and present players with the opportunity to win some gigantic cash sums.

The massive giveaway follows the success of Playtech’s Age of the Gods™ network promotion in June this year, which was launched to coincide with the company’s legendary series of progressive jackpot slot titles.

Similar to the Age of the Gods™ promotion, the independently adjudicated, £250,000 cash giveaway, consists of three draws including one worth a gigantic £100,000 and two others, each worth £75,000. Headline prizes will top £5,000 with hundreds of smaller cash prizes up for grabs, ensuring there are as many winners as possible.

To be in with a chance of winning some incredible prizes this Christmas, players will receive one ticket for every £10 cash bet placed on selected titles. This includes exciting DC branded titles such as Batman & The Joker Jewels, Batman & Catwoman Cash, Batman & Batgirl Bonanza, Batman & The Riddler Riches, Batman & Mr. Freeze Fortunes, Batman & The Penguin Prizes and Green Lantern (2011). Players can have unlimited entries and can win an unlimited number of prizes.

Batman & The Joker Jewels and Batman & Catwoman Cash are the first two titles in the Super Hero slot game series to be launched, where players help the Caped Crusader take on two of Gotham City’s toughest Super-Villains.

Shimon Akad, COO, Playtech, said: “Following the popularity and success of our Age of the Gods™ promotion, this exciting cash giveaway is a fantastic opportunity to showcase our sensational DC branded slot series.

“We are delighted to bring the nostalgia of players’ favourite DC Super Heroes and Super-Villains to the Playtech Casino and offer some huge cash prizes at the same time. We are certain the promotion will be a big success with both our licensees and their players.”