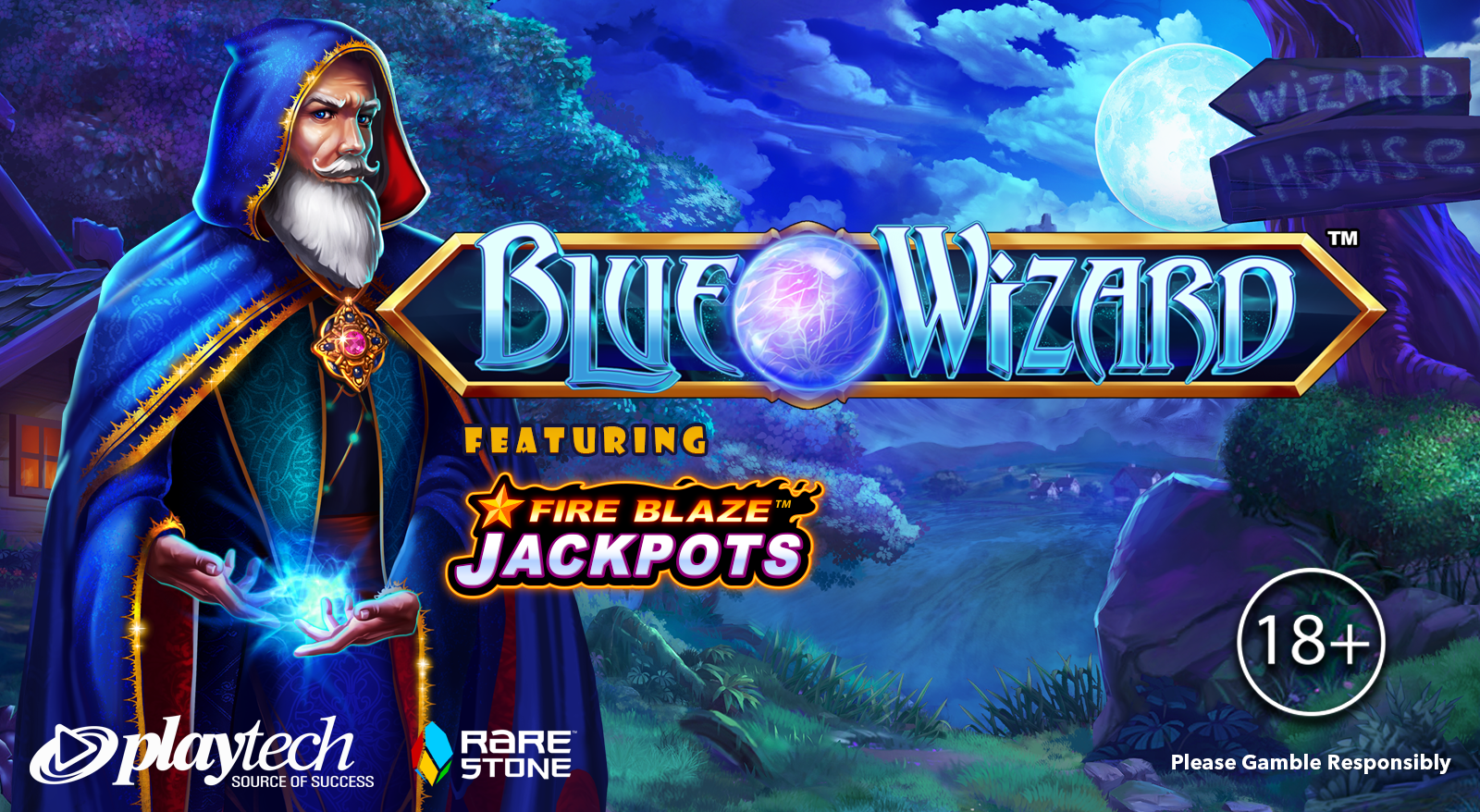 The latest entry in the hottest new game series of the year, the Fire Blaze series, is here, with the launch of Blue Wizard.

Since launching network-wide in April, the Fire Blaze series has taken the world of slots by storm, with Sky Queen and Pharaoh’s Daughter both proving instantly popular. Now Blue Wizard is set to make a similar impact.

Based around ancient culture, mystical and supernatural themes, all Fire Blaze games give players the chance to win one of four jackpots – the Mini, Minor, Major or Grand jackpot. Designed to appeal to seasoned players looking for a high volatility, feature-rich gaming experience, each new release in the series includes a distinct feature, meaning that every game holds both the appeal of the jackpot win potential and the excitement of a new variation in play.

Built around an engaging and ever-popular supernatural theme, this magical new slot features a Free Games round with excellent win potential. Three or more spellbook Scatter symbols on the reels triggers the bonus round, which features Wizard Wilds, completed with win-boosting multipliers, designed to build excitement and boost win levels during the round.

Land six or more crystal ball symbols to trigger the Fire Blaze Hold and Respin Feature for the chance to win one of four jackpots. The ultimate prize is, of course, the Grand Jackpot. Landing crystal ball bonus symbols in all 15 symbol positions in the Respins round unlocks this incredible prize – worth 2000x the player’s original stake.

Blue Wizard will be available at your favourite Playtech Casino now.